So, apparently, I’ve got “Twitter” beef with comedian Darren Knight, AKA “Southern Momma” today because he actually responded to my comment on his Facebook post. First and foremost let me say that I said what I said and je ne regrette rien. I’m not like the Black Panther Party or anything, but if I hear you saying words that oppress my people, I’m coming on your post like:

I first called this dude out on racist behavior in 2019 after he’d bombed his Just For Laughs performance and then proceeded to go on a racist/homophobic rant towards his booing audience. Granted I’m pretty sure it all went down as if he were simply trying to “defend” or “explain” himself but it certainly deteriorated for him in an “I’m the least racist person I know” kind of way. 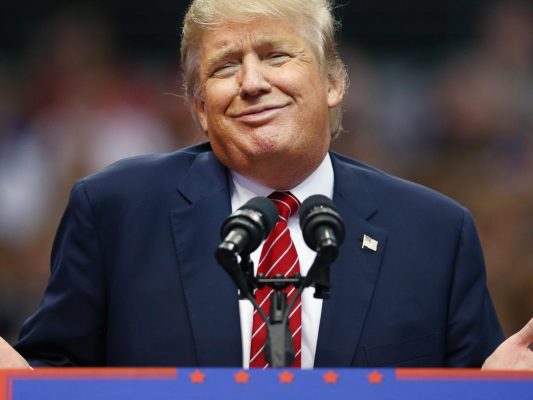 Anywho, it really broke my heart to see yet another white entertainer whom I was a fan of, get culture canceled. And before he could even really get started. My first argument was a passionate plea to him to get better PR people and save his career. But, no. He still sticks to his guns like he said he would in this Post and Courier article and signed with Big Bang Production who also co-signs his bullshit.
I was really hoping that he’d back down a bit, so I followed him to find out. What I confirmed was that the man is indeed a subconscious racist oblivious and ignorant to the reasons why. Here for example is a photo he posted of himself while out shopping. 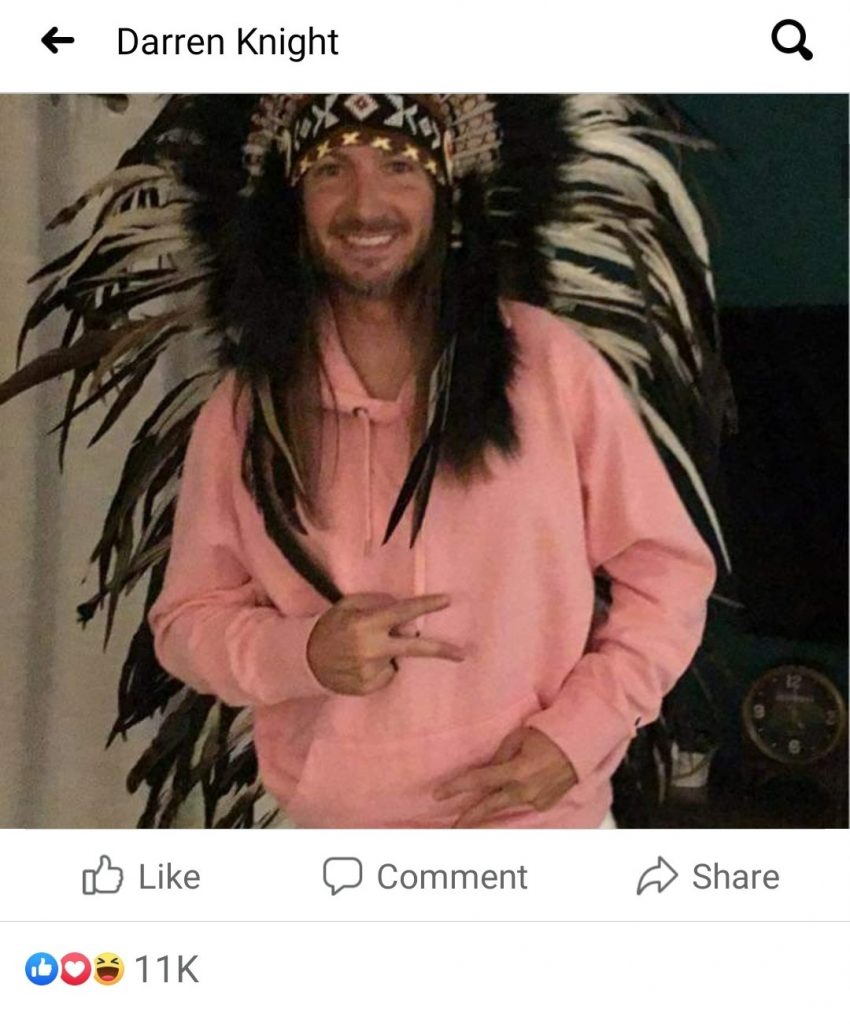 I’m glad I had the chance to screenshot it because Darren took the photo down after complaints and special instruction by his “upper management”. He literally took to task those offended by his act of cultural appropriation and apparent joy he got out of it by challenging some of them (as he did me today) in the comments. Are these really the responses of someone who “isn’t racist”? 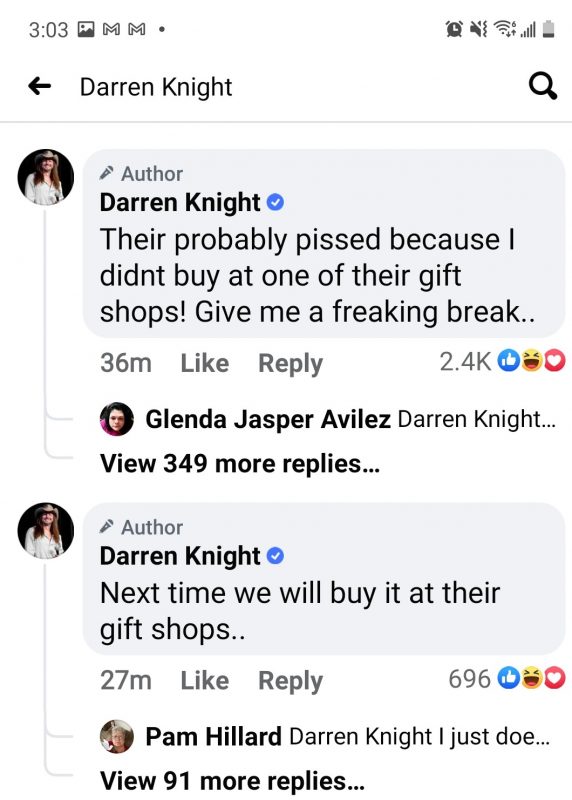 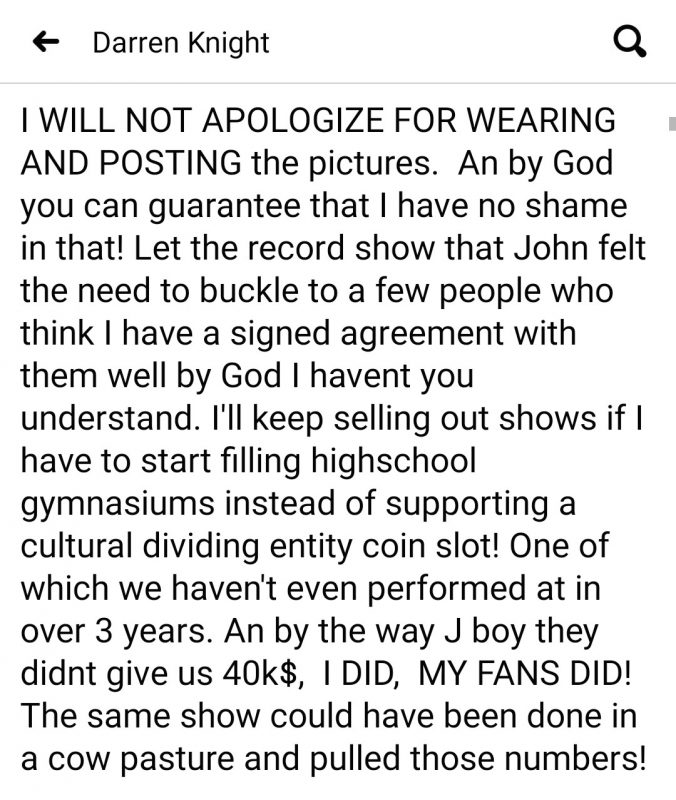 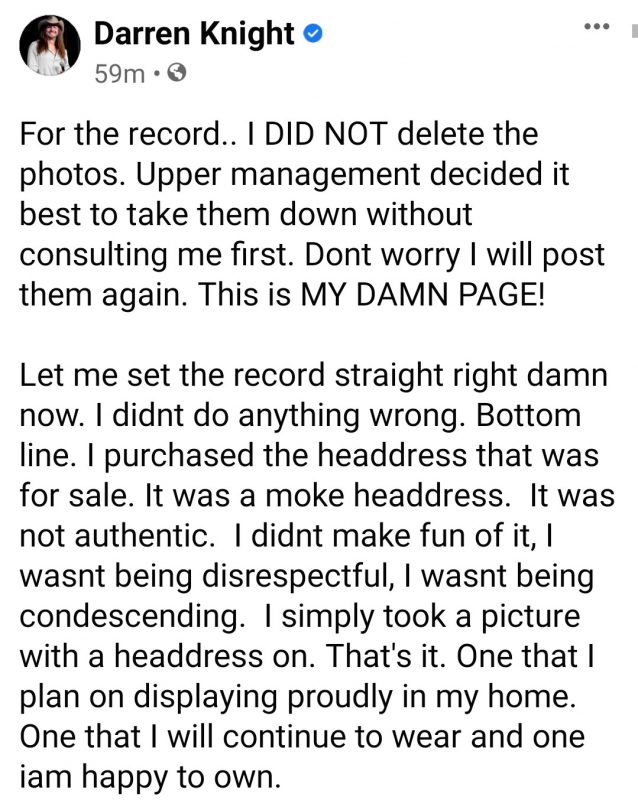 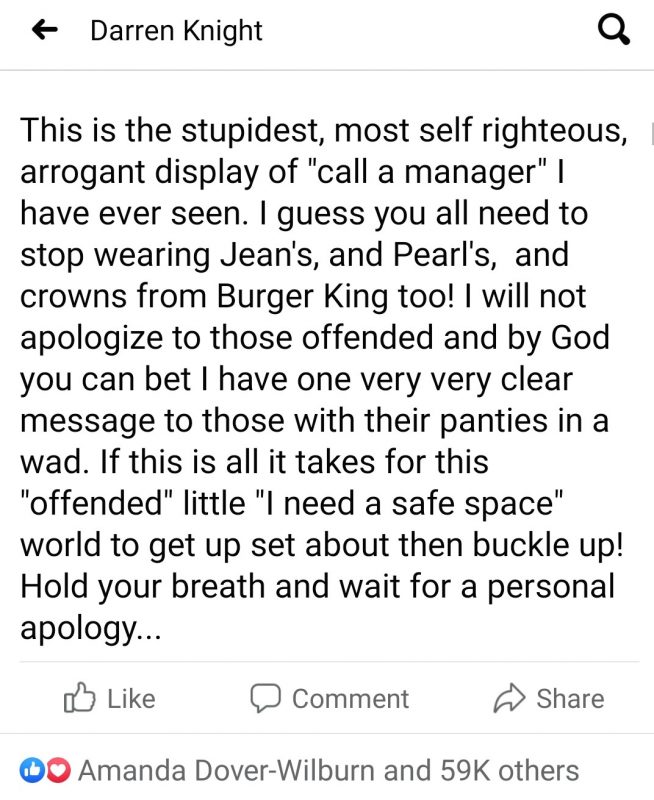 I mean, who are we kidding here my guy? There’s a reason ICM dropped him. How serious about your career can you be when you get dropped by the talent agency that reps Regina King and Micheal Keaton? He was on his way to the top, but his insistance to double down on his behavior stopped his gold standard. But let’s not stop there, because I’d really like to address how he treats fans with opposing views. Seriously, I’m the only person that has pointed out his behavior and particular political stances that put him in the category of being a complete racist. Anytime anyone disagrees with him, they are met with resistance rather than communication. For example, this exchange here:

There has been a multitude of responses like this from Mr. Knight attacking potential fans because they don’t fit his narrative in life. Like even this little exchange: 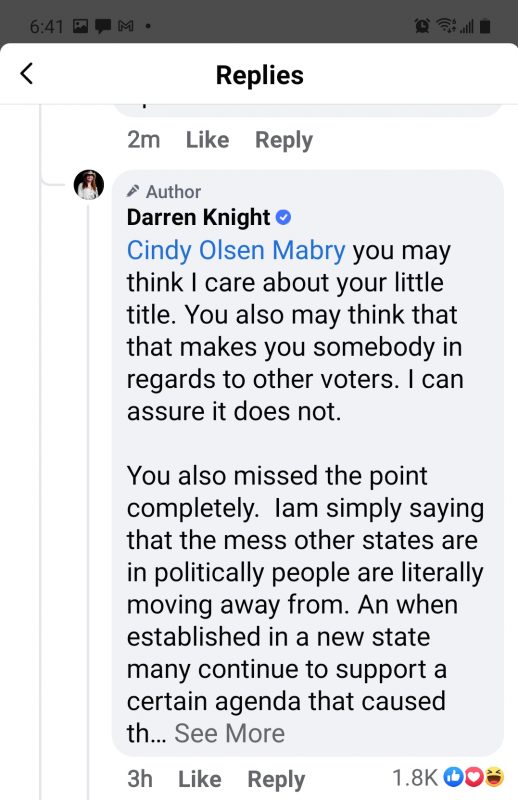 I guess what pisses me off the most is how like most white racist people in America, he wants to embrace cognitive dissonance and tell his offended fans that none of it is real, and we should just all pretend that everything is wonderful and none of what he uses his platform for hurts us in any way. He actually blocked me last year when I pointed out the fact that in the middle of a pandemic, he still chose to have a large Christmas party in which none of his guests wore a mask. I guess my comment struck a nerve because I was blocked from commenting for several days: 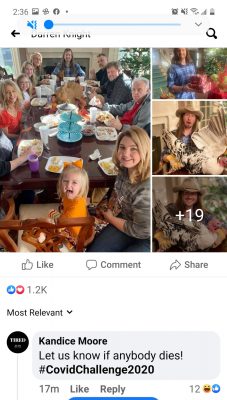 I get it if that made him salty. It was a low blow. Not sure if my blood sugar was out of whack that day or what, but it was a bad joke. I don’t wish death, especially not from COVID, on anyone. I posted that comment in 2020 and I had been much nicer by not commenting at all until yesterday when I made this comment that now has everybody’s panties in a bunch: 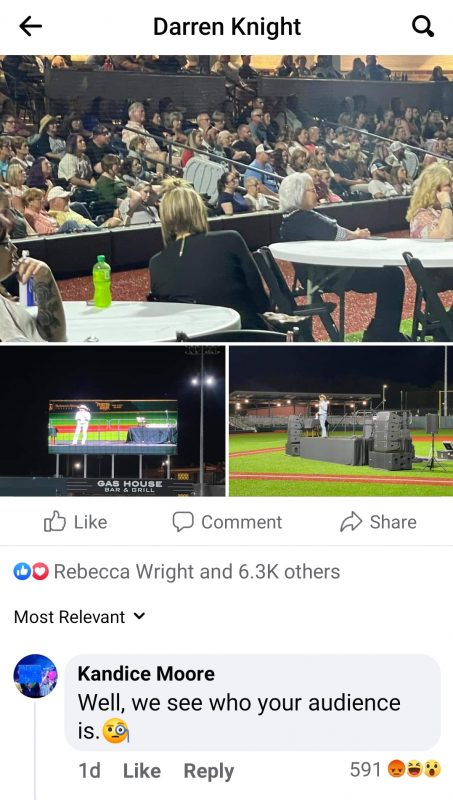 Now, I could understand his response if I had said anything about race in this comment, but I didn’t. I could have been pointing out what I see from his own rhetoric as an unvaccinated, unmasked audience. Which is very much a certain demographic in this country right now as statistics are showing. But no, a hit dog will holler. He went straight to me calling him a racist, which he UNO reversed on me by calling me the “R” word. I didn’t realize that racism has become such a scary word to white people now that they have to label it with just one letter. Nonetheless, this was his response to me:

I said nothing about the audience being white, but that was his first go-to when responding to me. I guess a guilty conscience speaks the loudest. His other fans currently think they’re giving me hell on his page but when they are really doing is showing their true colors. Leave it to a racist to give the Pee Wee Herman classic response of, “I know you are but what am I” when being called a racist. Seriously, people, it doesn’t even work like that. If Darren Knight is reading this, have your people contact me. Maybe we could work this as a “Town Meeting”.