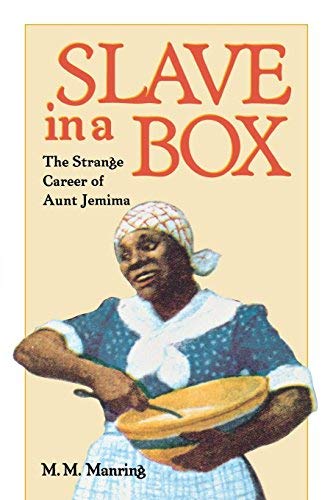 Quaker Oats announced this week that it was retiring the Aunt Jemima brand to end it’s ever-persistent racial undertones forever! The far-left danced in the puddles of the far right’s tears and so continued but also heightened the racist arguments on social media.

But little did any of us know, Quaker is lying to ALL of us. This had nothing to do with the racist Mammy image of Aunt Jemima. The action to remove this product was not a racially inclusive move as most companies and brands will have you believe as they try to convince us that they actually care in an effort to keep our dollars flowing into their pockets.

That’s right. Quaker Oats removed Aunt Jemima because they know they will never win a Supreme Court challenge in today’s social climate in an appeal of the recent $3Billion dollar lawsuit by the descendants of  Nancy Green and Anna S. Harrington the original images of the brand and furthermore, Nancy Green, the creator of the pancake recipe. The 2015 lawsuit, dismissed with prejudice, claims that no royalties have been paid to either estate and that Green’s recipe was highjacked by the company and she never received what she owed for the commercialized version of her product. Here we thought that Quaker was trying to make things right when really, they were just trying to hide the history of their own hands in the white privilege cookie jar of systemic oppression.

Granted the left is going to have a field day with this when they can finally connect the dots, sill the poor racist right just doesn’t get it. I found the following post:

See, this is our problem White America. You have taken comfort in our pain for so long that it hurts to stop hurting us. The definition of “Cognitive Dissonance” is, “the state of having inconsistent thoughts, beliefs, or attitudes, especially as relating to behavioral decisions and attitude change. Dear Melody here suffers from it so bad that I bet she doesn’t even realize the significance of her second name and how it references the first slave beating portrayed on film. Just another example of how more convenient it is for you to forget real history in an effort to preserve your own comfort.

In the words of the great Al Sharpton, “Get Off My Neck”! I can’t believe some of you arguing that you never saw a “slave face” while ignoring the atrocious misappropriation of rightful earnings from their intellectual property. No, let’s not focus on righting those wrongs, instead, let us talk about how comforted you were by the image of a Mammy on your favorite breakfast foods. Stop reliving your childhoods, and start fixing this current reality for your children.

If you want to right the wrongs of racist America, stop defending their racist practices. Organize to find the rightful descendants of these women that brought you such comfort as a child and help them get the come up that has been suppressed by this by this greedy corporation. Put the wealth back in the hands that it belongs in. But wait, there’s more…

Speaking of putting wealth back into rightful hands, did you know that our Judicial system has worked with the Corporate Giant in true systemic racist form to keep their knees on the necks of these particular minorities? When the great-grandsons of Anna Harrison tried to come forward and say, “That’s my family!” the court systems said, because it’s not legally on paper, your claim has no merit. If Quaker Oats paid Nancy Green so much money, where’s the paperwork and why did she die so broke that no one can even find her grave today? Of course, the courts didn’t want to consider these questions which is why I believe the family will come back with a stronger case and it will go to the Supreme Court.

We don’t need reparations. We just need you to pay back what you stole.