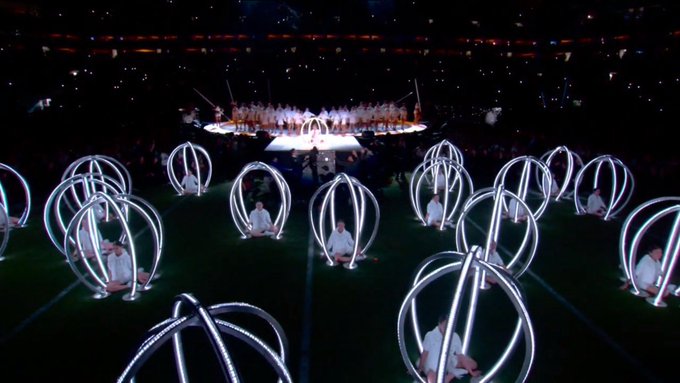 For a few years now I have boycotted the Superbowl and NFL football as a whole. At first, it was a personal reason, but after watching reactions to Collin Kaepernick’s protest of the National Anthem, it became entirely different for me. My protest is now on several levels and too many for me to go into here at this moment because it will overshadow the point I’m trying to make. My boycott, however, is the reason I came to watch the half time show the following morning after reading the VAST amount of social media responses in my newsfeed. Thank you YouTube because 20 minutes and 2 commercials later I was all caught up.

As I scoured through the posts, I started to see the hidden racism in our country that everybody talks about but no one really acknowledges. You know that racism where when you point out the actual and factual racism everyone gets quiet and no one wants to mention it so they find something else wrong and make it the end of the world. These are the statements I heard:

“My children were in the room and I wasn’t sure what to tell them!”

How about teaching them Latino culture, celebration, and dress. Oh, how about the style of music they were actually listening to even though you had no idea what the lyrics were actually saying.

“I thought they looked ridiculous. A good example of how not to act as you’re getting older. “

Bish, please. You know good and damn well if you looked like J Lo at 50 you’d go everywhere naked. And did you know those were traditional and cultural styled costumes designed to keep everything in its place? No, just another display of how closed-minded American culture is to its own racism. Yes, your unwillingness to be open and ready to learn about people that are not from “your neck of the woods” is racist.

“I felt awkward watching with my daughter. Wondering if should tell her that the outfits were not appropriate and women’s bodies being o objectified is wrong.”

What should you tell her??? Is this really a question you women are having a hard time answering for your daughters? Here’s an answer that should be the GO TO answer anytime being objectified is brought up.

“These are our bodies. They are beautiful and we should proud of them especially if we take good care of them.” Then we should look at our sons and say, “That is her beautiful body that can only be touched or spoken about with her permission. You must learn to control yourself while allowing her to be herself.”

How fucking hard is that? Isn’t that why you were marching with Pink Hats last year? How quickly we forget as we chastise a CULTURE for sharing with us how they do things in their country. Your “Me Too” movement, just became meaningless to any woman of color. You can have it back now.

We know the truth. The movement was for you and you only. We were just warm bodies to make you look bigger than you really are. The fact that most of the disgust is coming from white Christian women lets us know who we can’t trust. You are threatened by our power. How else could you see our children in cages and still be more concerned with our clothing?

That’s the part of your disdain that has me so pissed off right now. Your cognitive dissonance makes me hate it here. Your President referred to Puerto Rico as a 3rd world shithole country but they are a U.S. Territory. You were reminded of this as a child from that culture climbed out of a CAGE last night to sing BORN IN THE USA. And even still your only response is sickening as you use their “costumes” to filter your hatred and racism towards them. We see you, and we’re tired of it. Like a good friend of mine said, “Clutch your pearls and take yo ass back in the house. We outchea!” #AssNTitties2020