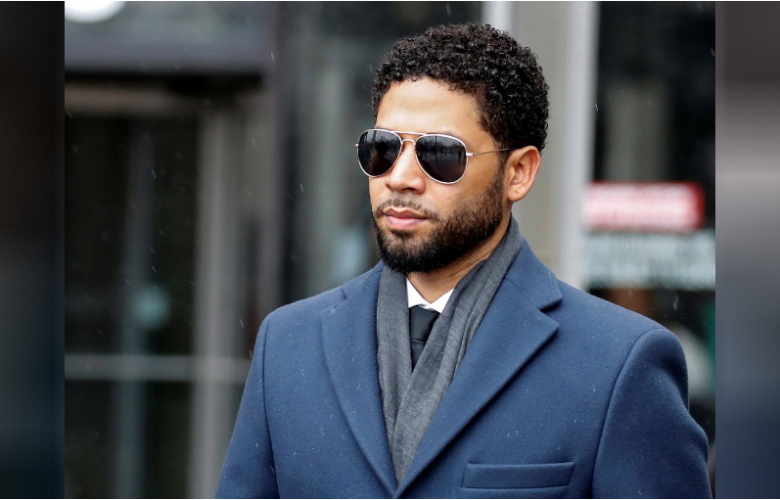 I knew in my soul that Jussie didn’t do this. It never made sense for such an intelligent man to try and do something so, so, simple. Like I want to believe that if Jussie wanted to pull something like this off, he knows so much about make-up, video, and lighting, that we would have at least got show spin off from the viral video. But I guess the memes were funny and people are simple and thus he was wrongly tried and convicted in a court of public media.

Most people have not heard of Biarans in Nigera but I’ve a few run ins with them on social media. I have never been offended by trolls, but these guys can cut pretty deep. One almost made me cry with his theory of Racism being nothing more that Black American self hatred. I honestly could not believe that there this many black people in the world, mostly from the Trump coined term, “Shit Hole Countries” who loved Trump. Still. And actually held rallies for Trump like the one you will see in the video below.

Yeah, if you didn’t see it yourself you wouldn’t believe it. So when the men who shouted, “MAGA FOREVER” after assaulting Jussie Smolette we caught in an airport coming back from Nigera, AND THEY WERE BLACK, there was no part of me that could believe Jussie was lying. There was not a meme, there was not a blogger opinion or police report that could change my mind. I know who these people are and they are dangerous. There is no doubt in my mind that this was a masterplan to shut up a very VOCAL and Believable Black Man.

I started this post but never finished it and I feel bad about it, but…. Life.

One of the many reasons that I don’t trust the police is because they are human. Chicago police department was too pressed to ‘close’ this case. And the one thing I know for sure is that when the words “MAGA” and “Hate Crime” come together in a story, white leaders get scared and they want it to go away immediately. Trust and believe they are not above threatening jobs behind closed doors to make it happen. Humans who want to keep their jobs, will do what they are told. We should have learned this from the blurred lines of Nazi supporters in Germany during the rise and fall of Hitler. Chicago police have a lot of explaining to do. They told the public that Jussie wrote his own death threat letter when the knew the FBI hadn’t drawn that conclusion. Someone was trying to save their threatened careers and we NEED to hear what the Chicago Police Superintendent has to say about this.

But here’s the more damaging part of the case. Lee Daniels showed his true colors. Monique was TRYING to tell us that the Daniels/Oprah/Perry crew were not as “Black” as they claim to be. How are y’all going to even look Jussie in the face now? I’d love to be a fly on that wall.

Congrats Jussie on this win. I’ve always been in your corner. Keep talking. They tried to assassinate you. This means you’re saying the right things. You are bringing the change. Fuck Empire and FOX. You don’t need to be their dancing monkey anymore. Do your own thing. You’ve got this and all the support you will ever need!