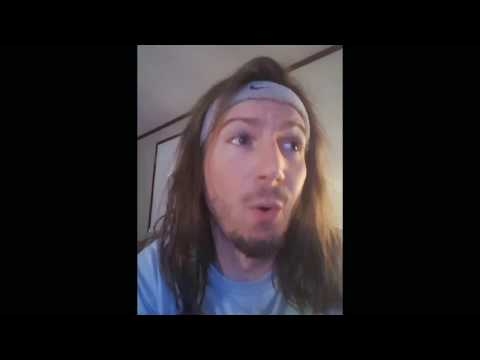 I personally have followed Darren Knight for a couple of years now because I really thought his Southern Mama video series was great. Like many other fans, I have been struggling to continue following him over the last several months because of some pretty racist banter he’s been pushing. Listen, I live in the south. Part of the reason Southern Mama appealed to me was because she reminded me of so many of the friends that I have made over the years. She’s a really beautiful character and I’m so sad to see her go. As we lay her body down to rest next to Roseanne, I felt it necessary to say a few words to her creator who will now stand trial for her murder.

Darren Knight, what the fuck were you thinking dude? I don’t know who is advising you, but you should probably fire them. I’ll take the job because deep down inside, I think you’re a great comedian with a misguided understanding of what you have felt to be your way of life. I’m sure you’re sitting at home right now, wondering what you’ve done wrong and I want to explain it to you. I was raised in the South too. And it turns out that the whole phrase, “That’s just the way it is.” Is the most untrue statement on the planet right now. People are no longer accepting that as truth. We are no longer promoting “tolerance” because tolerance means that you still have a problem, you’re just unwilling to speak up about it. So, if you want to come back from this, you’re going to have to put a “NO” in front of tolerance, and stop this shit.

So for those of you that haven’t been following, Darren ended up in some hot water after bombing his performance at the Montreal Just for Laughs festival in July of 2018. Not only was he booed off stage, he was approached by offended fellow comedians after the show. Now, I still don’t know exactly what Knight said on stage that got everybody riled up, it was rumored to be homophobic and racist. After watching his reaction to being called out about it, I knew it was true. I confront racist people on a daily basis, and when they know it’s true, but they don’t want to change, or they have to admit they’ve been wrong all this time, they all have that same ‘flip of the hair and walk away really fast because confrontation on this subject matter sucks’ response. Besides, thousands of people who paid money to laugh don’t boo for nothing.

I thought for sure with Darren’s potential as a great and memorable comedian (which is rare) he would slink quietly into the shadows. Seek out some progressive advice. Revamp his brand, and come out swinging. I really had faith in him. But no. Darren doubled down on the platform of VICE news. He stood up for and defended all of his statements without even fully understanding what he was defending or why he was defending it. He basically said the most racist thing that you could say by declaring that putting on blinders solves everything. That’s right Darren, racially colorblind is not a thing.

In the Vice interview Knight’s manager John Edmond Koza says that he feels like Darren is worth 100 million. Darren if you’re reading this, fire him. This guy sucks. He says that Southern Mama was a Tyler Perry business model? Not even close buddy. Tyler Perry produced entire plays in which he uncovered phenomenal hidden talent in the crooks and ninnies of an untapped talent source in the south. The Tyler Perry business model was never just about Madea. Leave it to a white man to NOT know or understand the hard work that a black man puts into something before he tries to steal it. And this racist rhetoric and management is the reason Darren just murdered Southern Mama. At least Perry is able to lay Madea to rest in a respectful manner after a franchise of movies, a television and movie production company, a friendship with Oprah, and over a billion dollars. Southern Mama just got gunned down in the back of dark and dank comedy club in Nowhere USA. If Darren had people around him that could look at his millions and still tell him no, then he would have fixed this by now. Maybe he should consult Ron White and Jeff Foxworthy, they seem to be managing. And they probably have better management. I honestly think Knight is a good person deep down. I think his heart can be in the right place. I’m telling you, there are racist people out there that just don’t know they are racist. Darren Knight is one of them. With a little education and practice he could come back from this. But if he triple downs… Oh wait… I almost forgot why I was even writing this today. So peep this…

Even though he’s had all of these issues, as you can see from my words above I totally had faith that Darren could come back. I’m sure some of you did too. And then, this happened.

Followers of Darren have responded in large negatively like the following comments on his Facebook account where the video was posted with his production manager tagged.

I’m kind of at a loss too guys. I don’t know what to say other than, it’s really gonna suck to be Darren Knight in 2019. Or maybe it won’t. Perhaps Darrent Knight was hoping to shed the Southern Mama character before it became his only claim to fame. Maybe he just wants to be Darren Knight the comedian. That’s all fine and well, but true southern gentleman doesn’t forget where he came from and who got him there. RIP Southern Mama