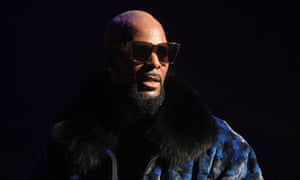 Like most people wanting to claim moral conscientiousness I was appalled, saddened, and sickened by the Lifetime documentary Surviving R. Kelly. I was even more twisted up by the comments and posts I read on social media the following day. How could this have happened? How could an entire Nation miss the mark by so much? But most importantly, how is someone they claim to be a “Pied Piper” still walking free if he had assaulted as many victims as they have claimed?

To hear the women and men on the documentary, you would pretty much calculate that Kelly had as many bodies under him as 50 Catholic church parishes. Several claims of “a bed in every room of the studio with a girl waiting in every room” were made. Like really? Everyday? All under 17? Was he writing them excuses for school? And how many rooms did this studio have? Yeah, that studio that we’ve all heard so much about. That was just one of several points in the documentary that felt “scripted” to me.

I noticed a lot of “trigger” words and suggestions throughout the Lifetime creation and I was oddly reminded of the time America almost believed that we had found evidence of Mermaids based upon a fictional CGI depiction of a theory on The Discovery Channel. It also reminded me how many of us don’t realize that most all of television is scripted to some extent.

Still, I’m not one to victim blame. I am conscious to rape culture and all of it’s definitions so I tread lightly in discrediting anyone’s claims. I just find it suspicious that they all come out now after the statute of limitations has run out on most of the allegations. And about that, where are the new cases? It’s not like he was all of sudden cured if he is the monster they claim he is.

So I’ve been mulling this over all weekend. It has really perturbed me having young children of my own and being a sexual abuse survivor. I was very hesitant on writing about it because I wasn’t sure I wanted to put any type of light on something so dark. But today, TMZ released information on a rebuttal from Kelly vowing to “expose” everyone in the documentary. But I’m not sure why he would have to do that. Every last person in that documentary would be facing criminal charges, IF criminal charges could still be made. They pretty much confessed for the world to see their implicit and informed consent to aide and abed in criminal activity. Seriously, his tour manager confessed to forging court documents in Kelly’s marriage to Aaliyah. His backup singer admitted to witnessing him engaging in sex with a minor and failed to alert the authorities. Other women admitted to recruiting underage girls to bring to him which is for a lack of a better term here, sex trafficking.

I refuse to believe that Lifetime didn’t run this by their legal team before they aired it. So I have come up with three scenarios as to how this all play out. Follow me here:

I leave no stone unturned when it comes to life because anything can happen. I don’t know that he was sleeping with Aaliyah, but I did see the court documents that said they were married. A quick math equation tells you how old they were, and it’s right there on the court document. To be fair, I saw the video. The child in that video, had no pubic hair and nobody was waxing back then. Plus, all of his song lyrics sounds like the confessions of a child molester, so if you ask me do I believe there are victims of R. Kelly out there, the answer is yes. I will never discredit a victim. If someone says that something happened to them, I will believe them until proven otherwise. Plus, the look of Aaliyah’s face in the photo below, screams “help me”. I personally can’t forget this and I’m sure many other onlookers now are just waiting for further confirmation and justice for these girls.

Could there be a case of extortion that will come to light? I did find his 30 something accuser Asante Mcgee a bit off color and my suspicion may have been further confirmed with a newly leaked audio tape of her daughter telling of how it really is when the cameras aren’t around. The video/audio was released by the RKellyNews Youtube page and posted to his new Facebook page SurvivingLies which is also promising a website that will individually expose everyone who had a story to tell in the documentary. Everyone except for John Legend because I’m still not sure how he came to be a part of everything. I might have to watch it again. Hopefully they won’t mind me sharing the video

Also, did I mention that nearly every single accuser in the documentary has written a book. Between them there are at least five books that tell a story of some sort. Perhaps Kelly is being attacked in this instance. Maybe the book sales weren’t doing so well, so they pushed a little harder to get those stories out and get paid for their pain.

One thing we know for sure is that about six months before there was ever talk about a documentary there talk about an eviction in Atlanta Georgia as well as whole lot of upset in the R. Kelly camp about people not getting paid.

It seemed as if financial woes were upon him and now that this documentary has been completed, all is swell in his bank account. Think about it, if these people who worked for him so loyally after all these years were willing to cover up ALL of his sexual misconduct, wouldn’t they also be willing to participate in a “tell-all” documentary that would have no criminal consequences, but would coincidentally bring in revenue for them all, including record sales, book sales, television ratings, social media traffic, commercial sales, and possibly future royalty checks for all in involved including R. Kelly? How do you make a documentary about someone and not at least get consent from their estate if not only talking about information released to the public. Everything else is slander and Lifetime doesn’t have time for that kind of lawsuit. I don’t know about you guys…but I smell a rat. R. Kelly just admitted it again but this time he did for a real profit. He is using us a social experiment and we have all been hypnotized into participation. If this scenario is true, he is The Pied Piper indeed.