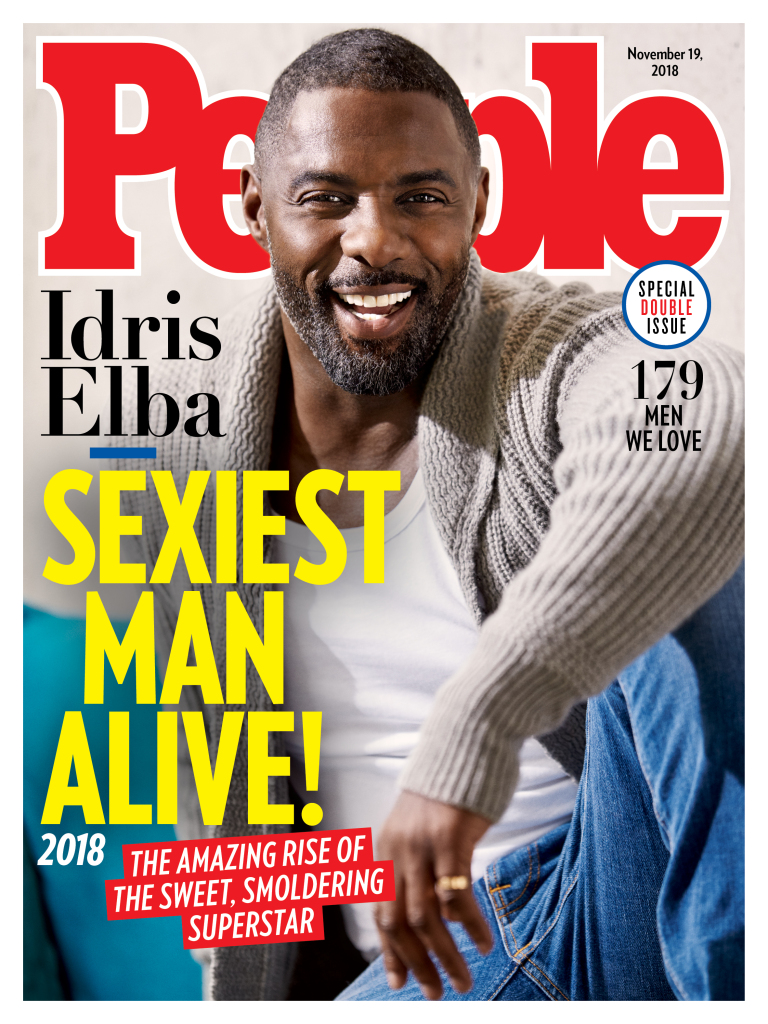 People Magazine has given us another token to take the attention off the possibility that the staff of the magazine might be just a little racist in their Sexiest Man Alive selections.  MSNBC actually said something to this effect in 2015 and every year since then a voice like mine has rang out from the internet questioning the selection process.  For 27 years this magazine issue has been bought up off the news stands and the most diversity we get is an African-American, a Samoan, and An African Englishman.  So what is People Magazine trying to say?  That white men are 24 more times sexier than men of color?  Because that’s the marketing statistical message that I feel is being sent.  I guess I can understand if white women are  your largest market and that target group happens to be more attracted to the likeness of the white male image.  Still, how can you call yourself innovative, ground breaking, and or progressive if you allow this demographic to go unchallenged?  How do you know they won’t like it if you don’t show them what there is to like about it.

I know, I know, you put a black guy on the cover this month.  What am I complaining about right??? Thanks for the black guy.  Really, I appreciate it, but why is that the Latino community continues get their history ripped away from them, and tucked away in a Magazine that is segregated just for them.  Why are the Asian stereotypes reinforced by lack of challenging those stereotypical images and giving them declarations like, “Sexiest Man Alive”.  Is this just an oversight by your staff?  Is there anyone of color on your staff to challenge the all white subliminal suggestions that you’ve been putting out for years?  John Leguizamo said it best when he said, “If you can’t see yourself, outside of yourself, then you don’t exit.” (Thank you John for your Netflix special “Latin History For Morons” Brilliant work)

People Magazine, you guys are doing a great job of letting ALL men of color know that they don’t exist, and that women don’t find them attractive.  Thanks for being a part of the problem.

I’m hoping you get to see this video, as I’m sure other’s have made videos like it, but perhaps mine will be different enough to catch your attention.  If we want change, we not only have to speak up for it, we have to shout out for it.  I hope you can hear me.