Ok, there was just too much information to share to make this a FB post, so I made it a blog post instead.  Hurricane Florence is indeed a monster and for those of you in NC, I wouldn’t play with her.  You guys are going to get a direct hit.  As for S.C.  we have may have jumped the gun a lil bit.  I know, it’s better safe than sorry, but seriously, we might be dodging a bullet in a direct hit, but we are still no doubt getting a storm.  The significant effect of that storm is still however up in the air, no pun intended.

Ok folks, so this is what we’ve got.  The two most trusted weather models are giving two different but similar tales as far as Florence is concerned.  The GFS model has been the most inconsistent with this storm as when I first started watching it, it predicted Florence to hit N.Y.   The Euro model has been the most consistent predicting a storm to threaten the Carolina coast since Sept 3 and hasn’t wavered in that prediction.  I thought to share this with everyone last week, but I was excited about my trip to Colorado and just thought it would turn North and not even be an event.  Boy was I wrong. 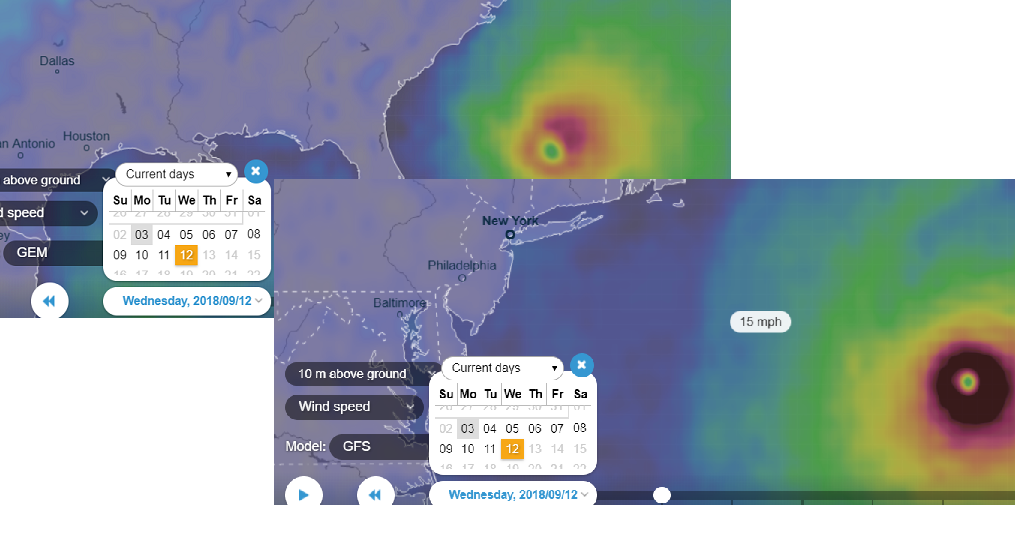 Ok, so here we are with the models finally agreeing a week later and this is what we’ve got.  A major hurricane impacting the east coast, but the question is where?  And when?

These are the latest models from Tropicaltidbits.com

The first is from the GFS…the least consistent model predictor for the storm.

The second  prediction comes from the most consistent predictor of the two models since the storm first became obvious in early September.  The Euro model:

The key to understanding Florence my fellow Myrtle Beach and S.C. residents is that if this storm hits north of us, we will dodge the significant storm surge and wind damage that we would normally sustain from a direct hit, however, we still have to be mindful of the tornados that this tropical weather can dump on us. Also, we have to mindful of the rain, and flooding that we will get from the overflow of rivers as this system stalls out over N.C.

As the storm progresses, I will update as best as I can.  I may have to gather up my little chickadees and bug out to safety, but I’m hoping we get to stay put and ride it out like good coastal folk.  Only time will tell.