There is no way after last night’s episode that VH1 can continue to claim that its hit show ‘Love and Hip Hop Atlanta’ is not scripted.  The episode proved to their loyal audience last night that Stevie J is the black Harvey Weinstein and I need somebody to tell me how in the Sam Blue hell did he get a television show? Did VH1 forget that recently an iconic Hollywood producer was publicly dragged for sexual misconduct and more specifically for soliciting sexual favors from innocent women in exchange for promises of career advancement?  Weinstein was even reported as “inviting women to his hotel room, and removing his clothes as he made unwanted advances on them.”  I’m telling you, I remember the outrage from America vividly.   The floodgates opened and even Matt Lauer was swept up in the angry crowd. 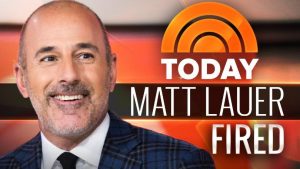 As they were marching, VH1 was shooting footage of the very thing we’ve been up in arms about.

In case anyone is confused about this, the country recently came to a consensus that it was no longer acceptable for men to use the influence of their success to pressure young aspiring females into sexual favors while dangling their careers before them.  Yet we still have Stevie J.   As I watched last night, I really got a little sick to my stomach.  For several years now I’ve heard Stevie J called “Sleezo” but never really understood why.  I would think that a man with the financial troubles that he has with child support, baby mama drama, and Joseline wouldn’t have time to entertain more shenanigans.  Little did I realize it was much deeper than that.  For years we have been supporting a predator.  For every episode we’ve watched, we’ve financed his next hunt and this scene right here proves it:

I don’t know if any of the rest of you missed it but Estelita Quintero told Mimi Faust on last nights episode, “He invited me to his house to spend the night, and then knocked on my bedroom door at 2 a.m. butt naked.”  Sounds Weinsteinish to me.  Mimi then confirmed Estilita’s feelings by saying, “He’s a predator.”  Where are the red flags VH1?  And if this really a scripted show, why haven’t you come out to say that and furthermore, why are you allowing your viewers to believe that you would condone this type of behavior and give him a second season on his television show, let alone a show to even begin with.  I’m totally giving you an out here.  Because the next question is whether or not this is the systemic racism that shows us, it’s abnormal for young white women to be sexually imposed upon, but brown-skinned women…not so much.  Or, perhaps I’ll toss you another out VH1 and just say that maybe this rule is evident in the television industry more than it is the music industry.  Frankly, I don’t care if you’re in television, music, or Avon, this type of behavior from a superior industry insider is unacceptable.  Even in a script, Stevie J is the bad guy.  VH1 had better do something before the feminist get a hold of this.

I won’t lie, I’ve been watching this show since it first aired and while I’ve always found it over the top and one long outlandish commercial, I’ve thoroughly enjoyed the ratcheness and drama.  I really felt the show pushed the envelope when Mimi released her sex tape accidentally on purpose, but now I feel the show has gone too far.  Sure it’s fine for a woman to consensually do whatever she pleases with a shower curtain, however, it is not ok to coerce women into sex under false pretenses, allow a major cable network to record it, then profit from the broadcast.  Will I tune in next week?  Due to the fact that I shouldn’t point out the moral issues and then continue on my merry way, I probably won’t watch.  I sincerely draw the line at sexual predators.  I can’t condone it, I can’t support, and I just can’t watch anymore.

2 thoughts on “Is Love and Hip Hop Scripted or Is Stevie J the Black Harvey Weinstein?”