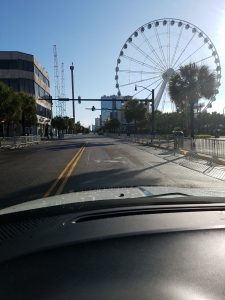 What most musicians and seasonal workers will tell you is that the end of the “season” in Myrtle Beach occurs at the end of September.  While Myrtle is hot with loads to do in summer, it is slightly true that things drop off a bit in the Fall and Winter.  Ok, a little bit might be an understatement, but don’t forget, there are locals still living here.  Plus, another bonus to the end of the summer season is the season of the snow birds.  I don’t mean real birds, I’m talking about my Northern Temporaries who find our milder winters much more pleasant and cheaper to live through than the brutal ones they’re used to.  I have yet to see my first Canadian license plate this year, but I know it’s not too far off.  Meanwhile I’ve found a little time to scope out some of the hidden places that keeps them coming.

I’ll be honest with you, they almost roll up the streets in some spots around Myrtle in the winter, so while it can be difficult to find much nightlife activity, there’s plenty to see and do during the day.  At first I was bothered by the slow down, but as I’ve become more and more used to fluctuations, I find the slow down a welcome relief and a semi reclaiming of my home.   Myrtle Beach isn’t the easiest place in the country to settle into.  Many find the fluctuation of the season too much to build stability upon.  It’s even more difficult when your career field ebbs and flows with the season as well.  I can only speak from the standpoint of a musician as far as this aspect goes and let me be the 100th musician down here to tell you that it takes hard work and skill to find the balance.  When the season is in, you work to til you drop.  When the season is over, you live off what you made over the summer.  Repeat cycle.

In this blog post as I have done in other before I wanted to highlight a few eating spots I’ve found just inside the heart of Myrtle Beach.  I get no money for talking about these places and I highly doubt they have a clue I’ve written this blog post about them.  Well, that is until one you readers out there share it with them.

I want to start with breakfast because after all, it is the most important meal of the day.  I know many of you often visit Mammy’s Kitchen when down in Myrtle and who wouldn’t, it’s a great place to eat with fantastic prices and an out of the world breakfast buffet.  However, sometimes you might want to try something different.  When I first moved to Myrtle Beach I kept seeing signs that said, “Eggs Up Grill Coming Soon”.  For months I thought it must have been a mistake because the place never seemed to be open.  Finally, the “Grand Opening” sign appeared.  And it still took me 6 months to eat there.   What I discovered upon a random visit for lack of anything else to do that day was Eggs Up Grill was a franchise taking the Southeast by storm, much like Waffle House did back its day.  The menu is very eclectic and basic at the same time.  It has something for every member of the family from the simpleton to the boujee.  As you can guess, that’s my Corned Beef Hash Benedict below: 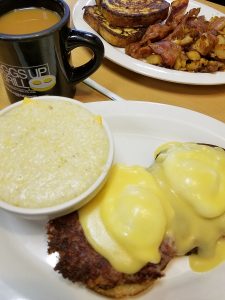 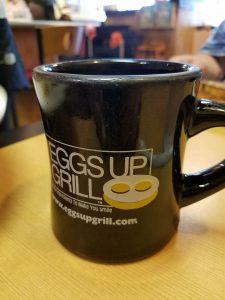 The hard working people down La Poblanita’s Mexican eatery produce some of the most authentic and quality Mexican food in the area.  I’ve been to Mexico more times than I can count so I kinda think of myself as a pretty good judge too.  All of their tortillas both corn and flour and made from scratch everyday and most of the menu items look and taste just like they came out of Abuela’s kitchen. 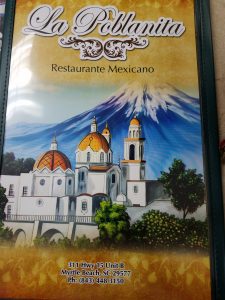 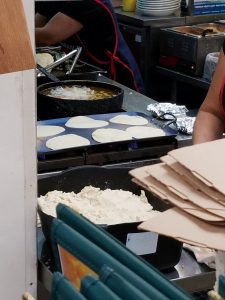 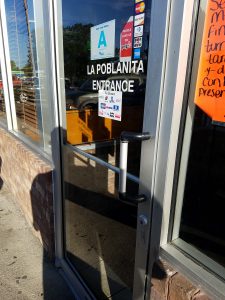 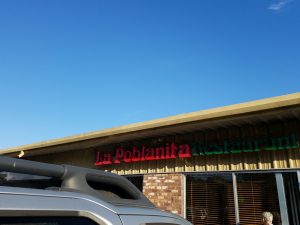 Now this last place is one my secret places and if you visit Myrtle Beach you’ll have to travel a little off the beaten path, but not too far from the beach to find it.  It’s just off Atlantic Ave in Garden City about two blocks up from the pier.  Causeway Bar and Grill is my, “Where everybody knows your name” bar.  Only nobody but the bartender and the Karaoke Host Danny really knows my name.  Everybody else knows me as that woman that sings ‘Me and Bobby McGee’.  Truth is, I like it that way.  Causeway bar is a great place to have the best Philly Cheesesteak Pizza you will ever put in your mouth and some of the coolest bartenders you will ever spill your guts to.  It’s one of my happy places here at the beach.  Give it a shot, or two, or five.  It will become your happy place too!!! 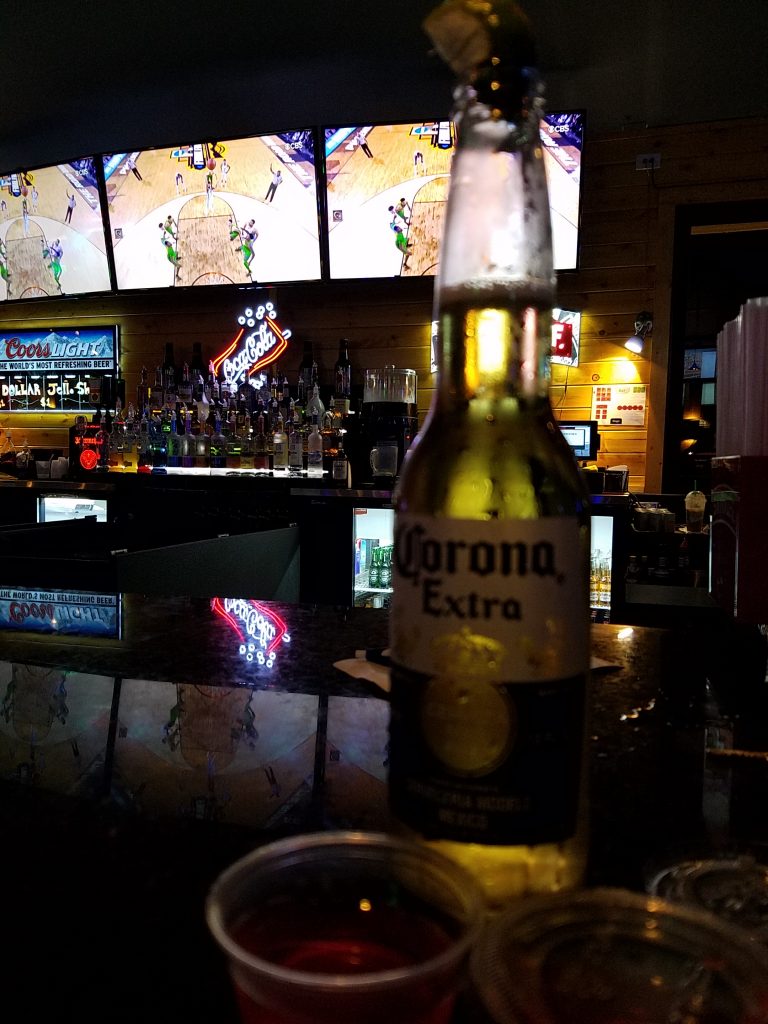